Welcome to the Cayman Islands

Whether you want to enjoy the turquoise water of the Caribbean, explore the wonders of nature, or shop till you drop, the Cayman Islands will excite everyone. From the white sand beaches to the duty-free shopping in the high-end shops, you are sure to enjoy every minute while on this island vacation. 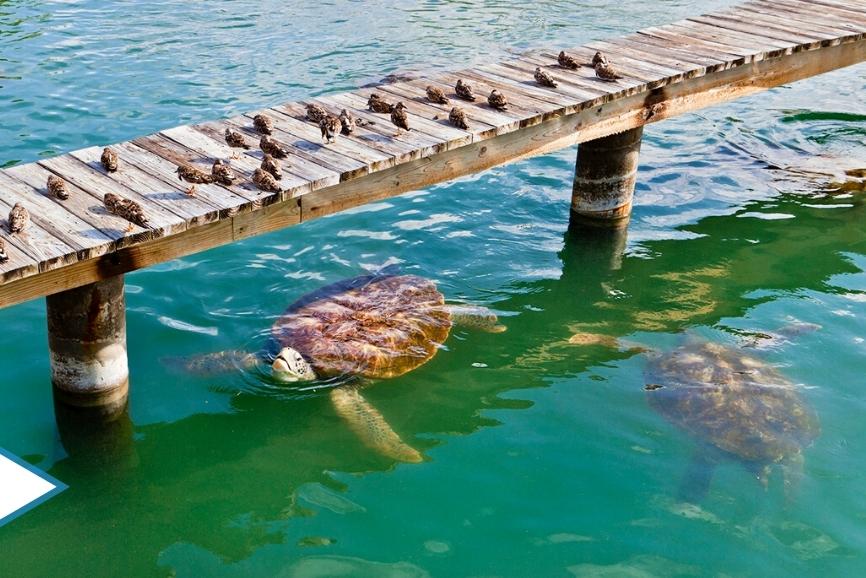 Christopher Columbus was the first to explore the island in 1503. He originally named the island Las Tortugas after the many sea turtles he found around the beaches. The island remained uninhabited until in the 18th-century pirates used the island as a base from which to attack European ships. In the 1730s the first settlers came from Jamaica and over half was of British descent, while the others were slaves. In the early 1800s, the population was less than a thousand. In 1835 slaves were emancipated and many Caymanians worked as fishermen, shipbuilders, or sailors, while some locals left for jobs in neighboring islands. It wasn’t until the 1950s that the island really took off as a vacation destination, with the building of the first airfield and hotels. Today the island is a British territory. 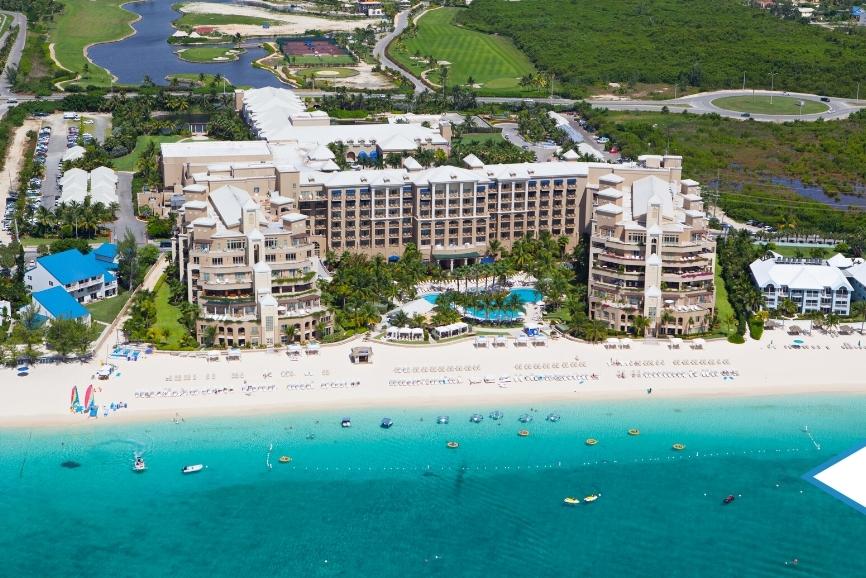 Today the Cayman Islands are known as a luxurious island destination. The island went from having just 400 visitors in the 1970s to having over 2 million visitors today.

Where Are the Cayman Islands?

The Cayman Islands are a British overseas territory in the western Caribbean Sea. There are three islands that make up the Cayman Islands: the popular Grand Cayman, and the two smaller islands, Cayman Brac and Little Cayman. These islands lie just south of Cuba, west of Jamaica and east of Cancun, Mexico.

The average temperature in the Cayman Islands holds steady in the 80s, making this a perfect island to vacation to year-round. However, there are some months that will be more enjoyable with less crowds and rain.

March to June is the best time to visit the Cayman Islands. During these months the hotels are more affordable while being out of the winter’s tourist season.

December to February is the peak tourist season, which means more crowds and more expensive flights and hotels. The weather during January and February is the coldest, usually staying in the 60s.

July to November can get a bit of rain, but the showers only last a few hours. While you can get some great deals on flights and hotels during these months, just be aware that excursions could be cut short or cancelled because of weather.

How to Get to the Cayman Islands & Around

There are a few ways to get to and around the Cayman Islands. 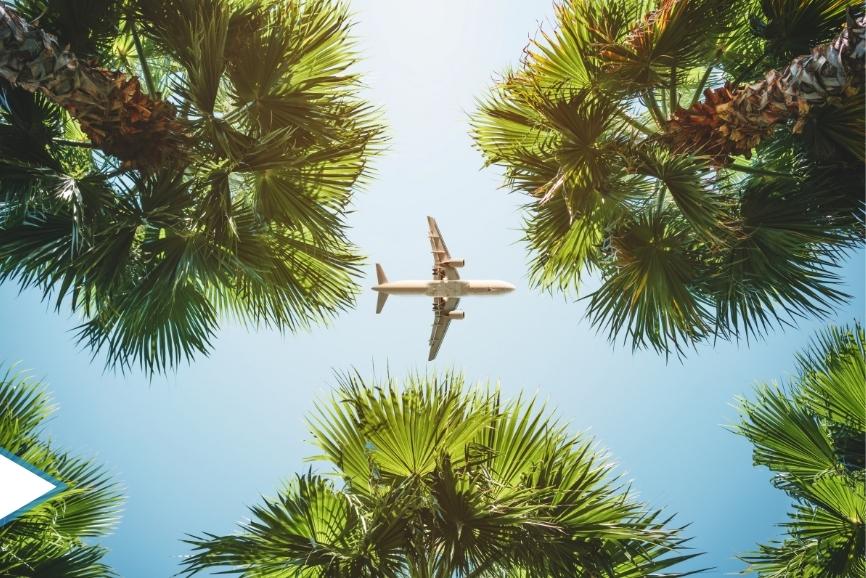 The main airport in the Cayman Islands is on Grand Cayman at the Owen Roberts International Airport. Flights often fly from the U.S., Canada, and the U.K. 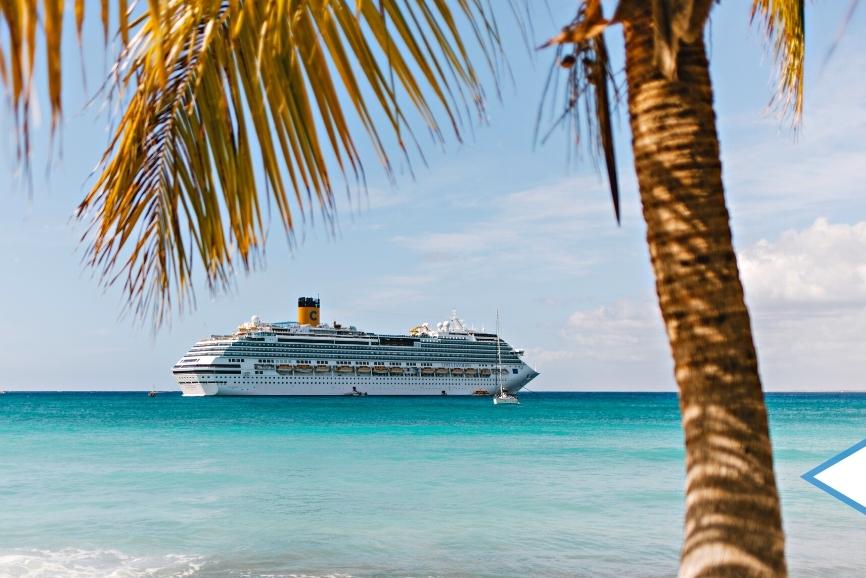 There are many popular cruise lines that stop at the Cayman Islands like Carnival Cruises, Celebrity Cruises, Costa Cruises, and Holland America Line. 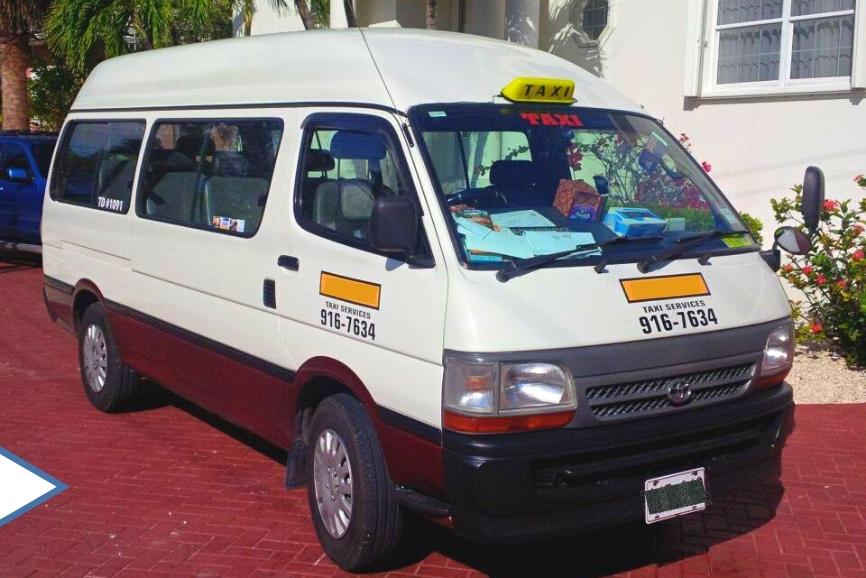 Getting Around by Taxi

One way to get around the island can be by taxi. However, be aware that most usually stay within the Seven Mile Beach, airport, and cruise terminals. If you want to go to farther places around the island, the best transportation may be a rental car. 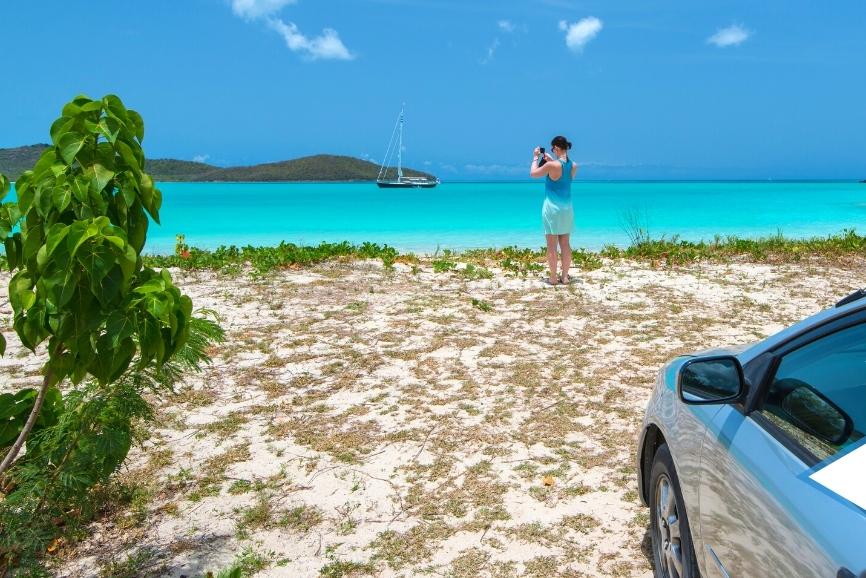 Getting Around by Car

The best way to get around the island is by rental car. There are rental companies located across the street from the airport.

Things To Do in the Cayman Islands

The Cayman Islands have much to offer, from relaxing by the water to hiking in nature, exploring museums to enjoying the local spirits. No matter what you are into on your vacations, the Cayman Islands has something for everyone.

The Cayman Islands are famed for their incredible diving spots. Experienced divers can explore Grand Cayman’s North Wall, which drops deeper than 6,000 feet, and has divers enjoying eagle rays and turtles. For beginner divers, there is a ton of shore diving. A great spot for all levels is at Cayman Brac, which offers everything from shipwrecks to coral reefs. If you aren’t certified, no worries, there are plenty of places on the island to get certified.

Book one of these amazing suba diving tours in the Cayman Islands.

Praised as one of the best beaches in the Caribbean, you don’t want to miss Seven Mile Beach. This beach not only offers amazing blue water and soft sand to relax on, but it also has many bars, restaurants, and watersports to enjoy. The clear calm water is perfect for snorkeling or even stand-up paddle boarding. Seven Mile Beach is free to access, but if you would like a tour of the surrounding areas, you can check out West Bay Sightseeing Tour Plus Seven Mile Beach Visit.

Nature lovers will enjoy exploring Mastic Reserve, the 200-year-old Mastic trail that goes through mangrove swamps and a woodland area that is 2 million-years-old. The trail is 2.3 miles one way, and the flat area is great for beginner hikers. Make sure to have the right shoes, and pack water and bug repellant.

Cayman Brac is a smaller island, only 12 miles long, that is a part of the Cayman Islands. There is so much to explore on this small island. Visitors can hike one of the twelve marked trails that take you through wetlands, forests, and over the Bluff. There are also many caves that can be explored on the island. Some are even said to have been used by pirates to stash their treasure. You definitely don’t want to miss the Great Cave, the Nani Cave, or the Skull Cave. Bird watching is also huge on the island with over 200 species like the rare Cayman Brac Parrot. If you want more of an adventure you can even try out some rock climbing. Experienced climbers can choose one of the 75 routes. Watersports such as fishing, kayaking, and snorkeling are also popular on this island.

5. Taste Some Local Spirits and Beers

There are some great places around the island for those wanting to relax with a cocktail or beer. Cayman Spirts Company is a distillery that visitors can tour and partake in tastings. No reservations are needed, but if you would like to skip the lines, you can get the Skip-the-Line Cayman Spirts Co. Distillery Tour Pass Ticket. More of a beer person? Don’t miss a visit to one of the three micro-breweries around George Town. If you would rather sit at a restaurant, then head over to Rum Point Club’s Wreck Bar and try their original Mudslide, which was first invented at this bar in the 1970s. Finally, if you prefer wine, you can check out West Indies Wine Company, which has a tasting room with over 80 different wines by the glass.

Check out this fun Rum and Beer tour complete with lunch!

One great place to go if you want to be away from the crowd is Owen Island. This small island is just a short kayak ride from southwest coast of Little Cayman. It is the perfect island to relax on, snorkel, or go fishing.

7. Learn about Local Ecosystems and Wildlife at the Cayman Turtle Centre

Visit the Cayman Turtle Centre to learn more about the Cayman Islands ecosystem and the conservation of the turtles. This is the largest land-based tourist attraction on the island, and even offers guests an opportunity to swim with the turtles for an additional cost.

8. Wonder at the Beautiful Crystal Caves of Grand Cayman

Visit the Crystal Caves while on the northside of the Grand Cayman. Visitors can take a guided tour that is about an hour and half through the tropical forest and three caves. Tickets can be purchased on their website; however, if you’d like a suggestion there is Cayman Crystal Cave and Pedro St. James Castle Tour.

This popular cruise port offers visitors everything from the best restaurants, the tasty rum tours, the marvelous art galleries, and the best duty-free shopping. Put on your most comfortable shoes and just wander around the city, stopping at any and all the places that strike your fancy. From high-end stores to small boutique shops, there are plenty of places to keep your wallet warm all day.

10. Get a Little History at the Cayman Islands National Museum

11. Swim with the Fish at Stingray City

Stingray City is a wide sandbar that is surrounded by barrier reefs, which is home to a wide variety of fish and stingrays. Visitors can choose from an array of different tours to go swimming with stingrays, turtles, starfish, and other wild sea creatures. You can easily book an excursion on your own, but if you would like a suggestion there is the three and half hour Starfish and Stingray City Adventure with Snorkeling.

When going on vacation in the time of Covid, Travel Insurance is a must. Most of the current policies cover Covid medical issues as well as vacation delays due to Covid. They will even cover your hotel if you test positive while on vacation and have to extend your trip a few days until you get a negative test. Our site visitors almost unanimously choose a Trawick International Safe Travels plan, which was a Forbes top-rated travel insurance plan of 2021. Easily compare the different Trawick, Generali and other top travel insurance plans here.

Where to Stay in the Cayman Islands

There are all types of accommodations in the Cayman Islands. From all-inclusive resorts to boutique hotels and more. Location and amenities are the two top things to look for. For great hotel info and recommendations, check out our Cayman Islands Hotel Guide or our Cayman Islands All Inclusive Resort Guide.

For hotel recommendations for every budget, check out our Cayman Islands Hotel Guide

What to Eat in the Cayman Islands

You can find a wide range of wonderful bites to eat in the Cayman Islands. If you’re looking for a culinary adventure, check out our Cayman Islands Restaurant Guide. 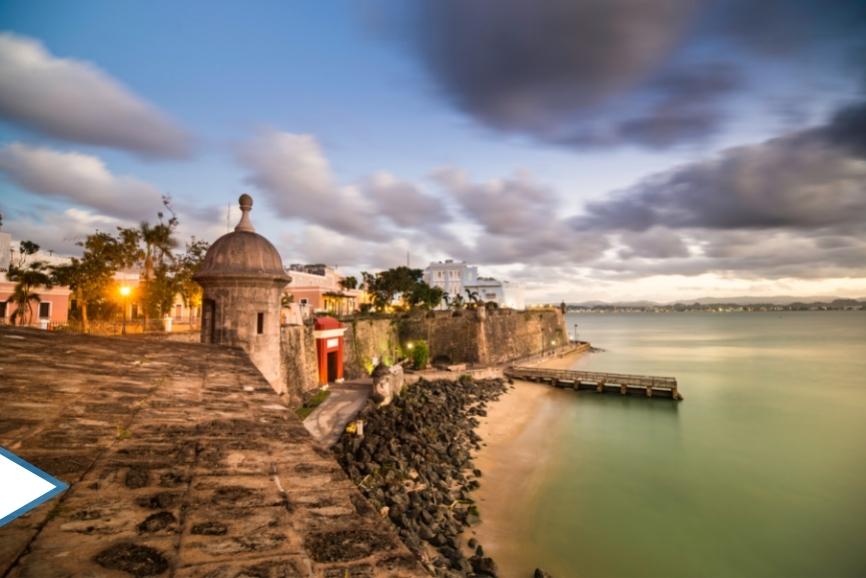 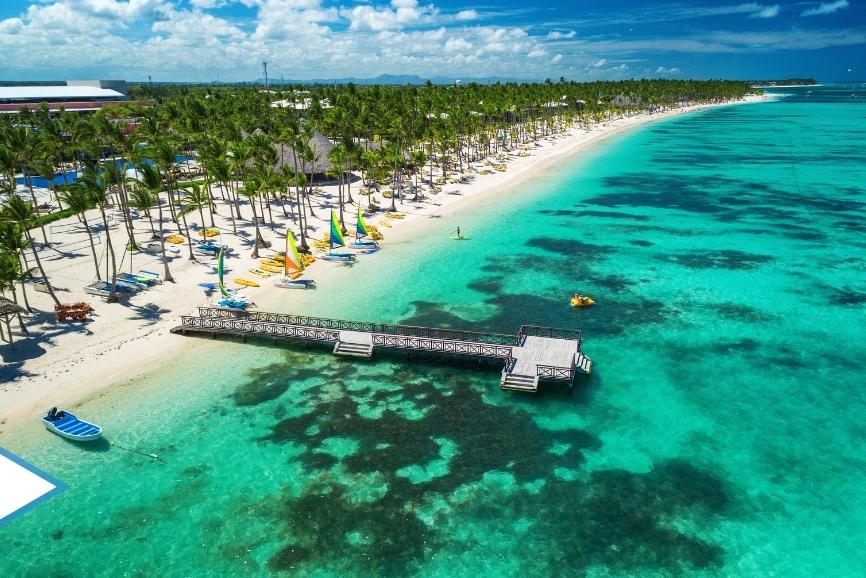 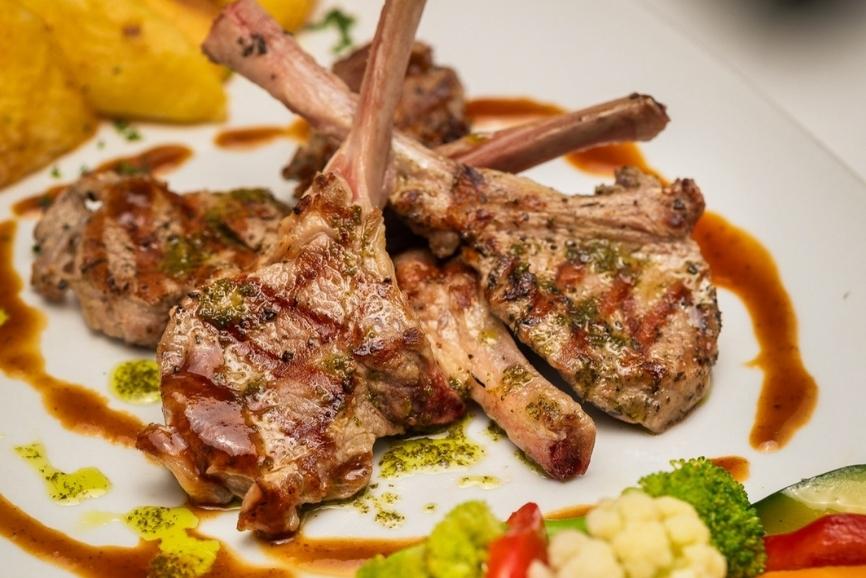